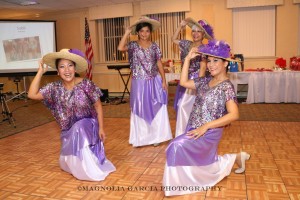 Because of the outstanding, highly entertaining and culturally accurate presentation of Kalayaan USA Cultural Ensemble at the recent Barangay FriendsNFamily Christmas Party, the group got invited to present this coming Tueday, Dec. 22, at the TransAmerica Eagle Team’s Christmas Party at the Radnor Hotel in Wayne, PA.  The invitation to perform was extended by Fil-Am medical professional and Transamerica Financial Advisor, Mary Grace A. Rainey of Chester County, who communicated with photos and eyewitness account what she had seen to her organization’s leadership.

Members of the Philippine American Heritage Council and Barangay FriendsNFamily (from West Chester, PA) who are also associated with TransAmericaEagle Team will be attending the Christmas Party.  This is the third performance by the brand new KalayaanUSA Cultural Ensemble. 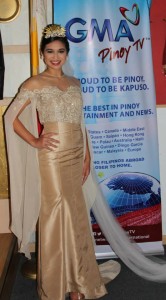 Elaine Ficarra will be singing the Star Spangled Banner (the American National Anthem) and Lupang Hinirang (Philippine National Anthem).  She was featured in the same role recently at the Christmas Party of Barangay FriendsNFamily.

Elaine, 14 years of age, recently won first place in the talent portion of the 2015 Junior Teen national American Miss Pageant for Pennsylvania. On November 14, 2015, she also received the Philippine Exemplary Responsive Leadership Award, given by the Association of Filipino-American Teachers of America (AFTA) Incorporated in New York City. She has performed and sang the American and Philippine national Anthems for various Filipino-American associations, including The Outstanding Filipino Americans (TOFA) of NY in Carnegie Hall and the National Federation of Filipino American Association (NaFFAA), Region 1.

KalayaanUSA Cultural Ensemble plans after-work classes for those who wish to learn one or more cultural dance performances to celebrate our culture and become members of the dance troupe.  Authentic costumes are hand made and paid for by members but if you need help with that, KalayaanUSA leaders are willing to provide it.  If you would like to learn or support this effort please contact them at RSVP@KalayaanUSA.org.

The KalayaanUSA mission statement reads, “Our goal is to joyfully share what is best about Philippine and American culture, faith, freedom, history and ideals, and encourage civic duty and responsibility through traditional and contemporary music, art and dance.”

Dance practices will be held in central PA, for the convenience of those who reside in the York area and the Harrisburg area – if you are in drive distance of either of these locations please contact them.  Founding Chairman Valerie Shutt leads the group with an assist from Emy Delgaudio, who choreographed the first performance of the adults of the group while Valerie choreographed the “juniors” section.  Valerie has done similar work in the past for the Philippine American Association of Central PA and for Luzviminda Association and also served as DJ for these and other organizations.

Amalia “Alma’ Gohn, owner of Amalia Beauty Boutique in Red Lion, will attend the event with her husband Ron, representing the Philippine American Heritage Council (PAHC) and plans to sponsor a KalayaanNEWS free subscription flyer as she has at other area events in December.  Alma is President of the “Follow the Dream Scholarship Pageant” which held a benefit dinner dance recently at which KalayaanUSA did its first performance.  She is also the owner of Amalia Beauty Boutique of Red Lion, PA.

Also expected to be in attendance at the Tuesday Christmas Party is Ed Garcia (with his wife Fe), President of the Barangay FriendsNFamily Association where the couple are also part of their dance troupe.

A growing number of Filipino-American groups in Central Pennsylvania are rejecting the “old school” mentality of one organization’s leaders in the area and instead are cooperating with each other and encouraging their leaders and members to make friends with other organizations.  Even members of their group are dis-associating themselves from such active disparagement of other groups.

As one of these members said to us, “We have far more in common with other Filipino American organizations within drive distance of where we live, and see far more benefit to us all by sharing what we enjoy and participating in each other’s activities then putting other people and organizations down.”  We are delighted to make available the KalayaanNEWS e-newsletter to help them and encourage our readers who approve to support this effort.

Here’s how you can help (1) forward this email to other Filipinos and those Americans who are interested in us, (2) post the link to this story on your Facebook page, (3) get a free subscription (if you haven’t already to KalayaanNEWS – send your first and last name, email, zip code to KalayaanNews@PhilippineAmericanHeritage.org and encourage others to do the same.  Most important, encourage fellowship and those who practice it and DISCOURAGE those who put down other groups.  Object and complain when they do it.  And they do.  And they will go on tearing down others until enough of their own members complain or, if they won’t listen, depart their group as some have already done.