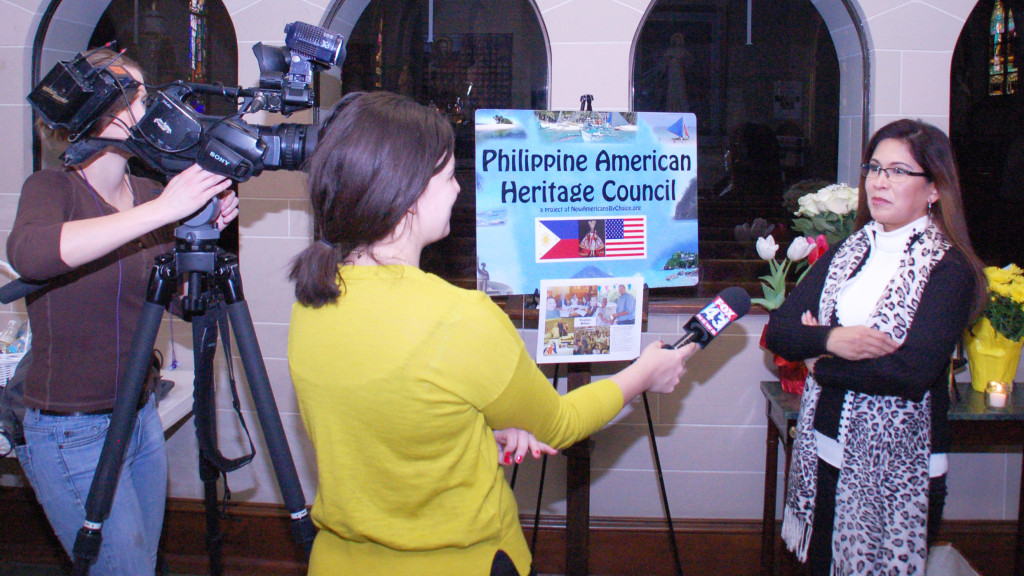 Emy Delgaudio being interviewed by Fox 43 TV by Leah Kirstein about the role of Evelyn Miller as a founder of Philippine American Heritage Council and her role as a volunteer and helper for charitable and civic causes in her community.

Delgaudio read a prepared statement about Evelyn on camera before answering questions about her role as a volunteer and helper for charitable and civic causes in the community including her helping form the Philippine American Heritage Council in 2012. 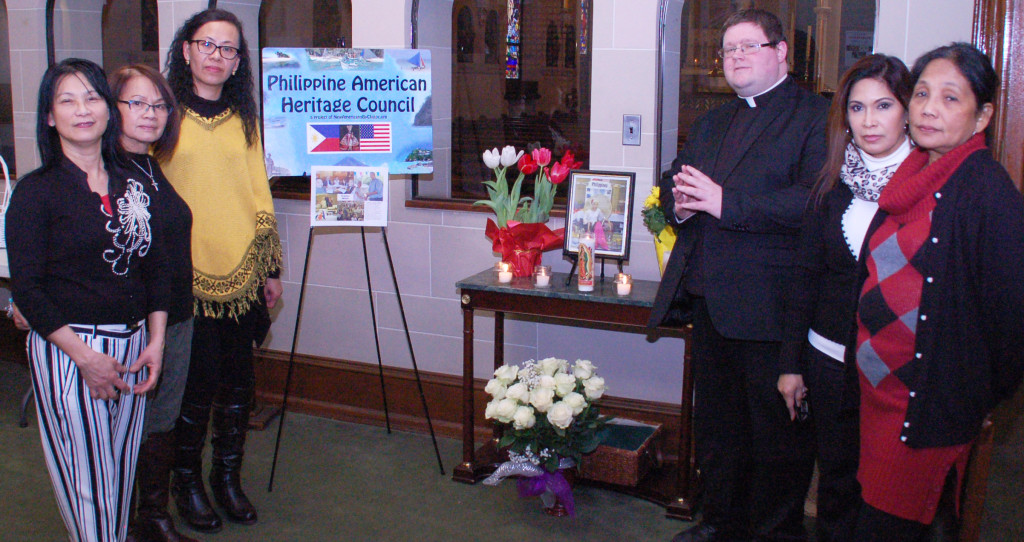 The TV interview that Fox TV Channel 43 requested took place in response to the first story (and news release) which was released and announced by the Philippine American Heritage Council at their Facebook Fan Page, via their Kalayaan News e-newsletter and to the local news media by twitter, fax and email yesterday.

The newsletter article about Evelyn and her role as a founding member and leader of the Philippine American Heritage Council generated the highest interest in any article ever posted at this location by a factor of over 5-to-1 according to the website analytics.  For the interview requested by Fox TV Channel 43, they honored the request to have it take place at St. Patrick Catholic Church in York City, one block from the accident which claimed her life this past Wed. 2/17. (see the article HERE).

Following the TV interview at the Church, the group of five Filipinas and two other Council members walked one block away to the site of the accident and placed flowers and candles at the site, and then prayed for Evenly Miller.  The event was also filmed by the TV crew.

There is a small “shrine” with signs and pictures of Evelyn at events of Philippine American Heritage Council which was left with Father Carroll’s permission in the hall of her Church.  The photos used in that display will later appear on this website.

Other article on this subject, Evelyn Miller of York, PA Mourned by Friends, RIP 2/17/16